Background Something we have wanted to do since the purchase of our sailboat was to go on multiday sailing cruises We did a 3 day cruise last year, but only went a few hours from Winter Harbour. This was going to be a 5 or 6 day excursion. Being gone for 5 – 6 days
Read More 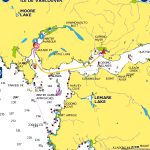 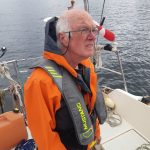 Post 158: Raising the sails! Aligning of the Stars We have been out in the sailboat many times, but always under power. We were waiting for the perfect conditions to actually try sailing for the first time: time off from work, a little wind but not too much and enough courage to give it a
Read More 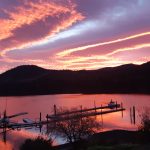 As we head into our 3rd winter here in Winter Harbour, BC Canada, we thought we would share some of the sights we have captured with our cameras…. We hope you enjoy! Click on any photo to see a larger image – and don’t forget to check the video below the photos!
Read More 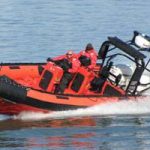 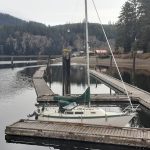 Post 156: Sailing  our new sailboat to Winter Harbour The Challenge Now, we were  the proud owners of a 28′ sailboat. The next step was to figure out how to get the boat from Browns Bay (near Campbell River, British Columbia, Canada) to Winter Harbour, BC Canada. This post will cover the preparations and sailing
Read More 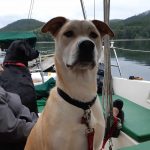 Beautiful West Coast of British Columbia, Canada We have been on the rugged, but beautiful West Coast of Canada for over a year now. Almost everyday we see boats of all types and sizes go in and out of the harbour. Small ‘tinies’ to large commercial fishing trawlers – monohulled sailboats to 50′ catamarans, kayaks,
Read More 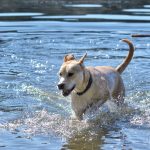 Post 154 Bailey joins our family October 22, 2019 Bailey came to us via West Jet and a volunteer companion, all the way from Behchoko, North West Territories. Her short bio says her birthday is March 29, 2019. lol She was supposed to be 4 years old.  We had planned on adopting a 4 year
Read More 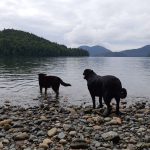 Post 152 – In memory of..   I would like to take  a brief moment in memory of our beloved pet, Sierra.  Sierra had come to us back in 2008, she was a rescue pet who was 8 months to 1 year old when she came to us. They warned us she might have issues,
Read More 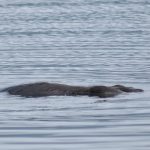