Something we have wanted to do since the purchase of our sailboat was to go on multiday sailing cruises We did a 3 day cruise last year, but only went a few hours from Winter Harbour. This was going to be a 5 or 6 day excursion. Being gone for 5 – 6 days meant we had to plan our course, our meals, water and fuel (in case we couldn’t raise the sails).

After much discussion we decided we would venture to Port Alice, BC. We had originally thought of going to Coal Harbour, but once we researched Port Alice and found out they had medical services, grocery store, and just about every other service we needed all within Walking distance, Port Alice, BC became our destination! 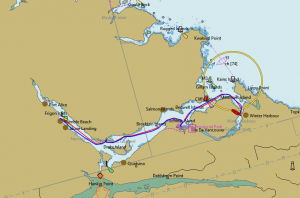 Fall and Winter on the West Coast of British Columbia is known for storms.  It is not uncommon for waves to be over 9 meters. We were cruising up Quatsino Sound, one of the 5 sounds on Vancouver Island, however there would be a brief time where we would be exposed to the open ocean. We studied Windy and Predict Wind websites along with the Environment Canada marine weather website for a positive weather window.

We were in luck, October 9th to the 16th, 2022 looked to be a window that had nothing but sunshine, winds less than 15 knots and seas under 2 meters!

We left around 10:00 am on Sunday October 8th. Out first stop was going to be East Cove in Quatsino Sound. East Cove is just over 10 NM from Winter Harbour and we had to motor the entire way due to lack of wind. It was a pleasant cruise.

We were always on the lookout for whales and other wildlife. We were rounding McAllister Islet and Bill shouted WHALE! Pointing to the starboard side off the stern. We looked, retrieved the binoculars and  took another look. Sadly, it was a buoy, marking a rock. Somewhat embarrassing!

We arrived at East Cove just after 2 pm. Sun was shinning and a few harbour seals and otters greeted us. We anchored and sat back to enjoy the scenery, otters, sea lions and thousands of moon jelly fish!

After lunch we took the dogs ashore for some exercise and a bathroom break. All in all, we had a great day.

The dogs were lounging in the cockpit late afternoon and they suddenly stood at attention, the fur on their back spiked up and we have never seem them so intent! We looked towards shore and saw movement.   For the first time in our lives we say a Cougar in the wild, casually strutting along the shoreline!!! What a gorgeous animal! Unfortunately we didn’t get a picture before it disappeared into the forest.

Julian Cove was highly recommended to us.  Several of the cruising guides also praised Julian Cove. Julian Cove was 11.5 NM from East Cove and new territory for us and took us just over 3 hours to get there. We cruised past Bland Island, Farmer Islet and Banter Point and then into Julian Cove. There were many islands and rocks we had to navigate around, as long as you were paying attention it was no problem at all. 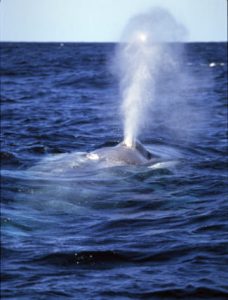 Along the way passed an anchored Coast Guard ship and we witnessed several whales ‘blowing’ as they surfaced!

We arrived in Julian cove around 1:30 pm on Monday, October 10th, 2022. The cruising guide described the entrance as “the entrance is by an island with a lone tree” and they were 100% correct!

The first surprise was what appeared to be an abandoned fishing boat anchored in the cove. We had mixed feelings about this abandoned boat, it was a bit eerie and well it is probably only a matter of time before is either sinks or it breaks free of its moorage –  both cases, it becomes a hazard.

Julian Cove was pretty with the mountains in the background, but honestly we both preferred East Cove.

It was another beautiful day for our trip to Port Alice Municipal Marina in Port Alice. It was a short trip, just 6 NM and it took us just over 1.5 hours. We spotted more whales blowing in the distance, however the whales were pretty far away.

Being new to boating, sailing and oceans, every trip is an adventure filled with excitement and nervousness. We have all the necessary safety equipment and we make sure we have someone on shore that knows our location and expected arrival at the next anchorage. However it is the lack of experience that worries us. We have decided that if one of us is feeling unsure or think the conditions are too much for us, we will not head out that day.

Something we have both noticed is that once we see an object in the distance, the object appears a lot closer than it really is lol. It is going to take a while to figure out distances on water!

We approached Port Alice Marina and were trying to figure out how to access it. The cruising guides indicated there was a log breakwater between the marinas and the ocean. The guide indicated you could enter on either side of the breakwater. for the life of us we could not see the first entrance so we opted to take the second entrance since we could easily see it. Turns out the 1st entrance by the private marina has been closed.

We had called ahead and were told we could dock at any available space. As we approached the marina we picked a slip that was easy to get into and out of. Moorage was $1 per foot per night. The cruising guides are a bit outdated, there are toilets, showers, laundry and fresh water on site! Bonus!

We didn’t know it at the time, but this was the start of two very enjoyable days!

If we understand correctly, the marina suffered significant damage a few years ago and was mostly rebuilt. The docks were in excellent shape with running water, a few fish cleaning tables and a boat launch. At the entrance to the dock, there are washrooms, showers, laundry facility and an office for the the dock manager.  All were in excellent shape!

In addition there was an information board that contained a pamphlet that listed all the business in Port Alice. There were also copies of the monthly Rumble Sheet which is a monthly newsletter that describes what is going on in town, activities at the community center, real estate listing and so much more. What a fabulous idea having this information available to visitors! To top it off, the entire town was pretty much in walking distance.

The first order of business was to walk to the municipal office to take care of moorage.

We were met by a very helpful clerk and we paid for a nights moorage. We asked about restaurants and they suggested the the Port Alice Pizza just around the corner. Our next stop was to pick up a few provisions, we didn’t really have to but it was nice to pick up some fresh fruit and vegetables at Family Foods.

We walked back to the boat having had a very pleasant morning ashore. 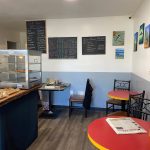 Later that afternoon we decided to try the local pizza shop and it was a nice treat! They had a great selection of pizzas, ribs, wings, calzones, bread sticks and salads. We had the BBQ Chicken pizza and it was outstanding!.

In the evening we were discussing what a nice relaxing day it was, Port Alice had a nice vibe to it and the folks seemed so friendly and accommodating. It was decided that we would spend another night  in Port Alice.

The next day we walked back to pay for another nights moorage and then went for a walk through town. The clerk asked us if we had heard and/or seen the whale? Unfortunately we had not. As we walked through town we were impressed. It seemed that every home had a fantastic view of the Ocean and the town was so clean! 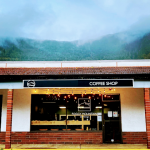 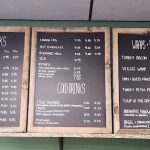 We spent the rest of the day walking the dogs and just plain relaxing.

We left Port Alice the following morning and retraced out steps back to Winter Harbour.

The trip home was as much of an adventure as the trip to Port Alice. We have fond memories and can’t wait to go on our next adventure!

If you click on the first image of each slideshow it will present a larger image and then you can click on the left and right arrows to scroll through the images.