Although we did a lot of research and tried to learn from other RVers on how to live Off Grid, until we gain our own experience, we are sure we will need to adjust our equipment and practices.

Our initial thoughts (and so far so good), we decided we would need:

Fairly simple, our TT had room to mount a second battery beside the initial one. 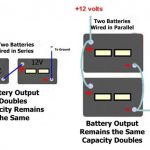 Some places it is not practical to run a generator to charge the battery, for those times, we decided we would need an extra battery to live Off Grid.

We did some basic research and as we suspected, we had to wire the batteries in parallel to provide 12 volts (if you wire them in serial fashion, then the batteries output would be 24 volts, bad bad for the TT electrical system). We paid about $120 CDN for the battery, battery case and cables). 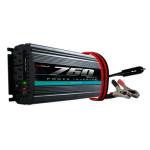 I must admit, we have used many inverters over the years and I did not do a bunch of research, I just looked for a sale and found a 750W inverter at Walmart for about $55 USD. It has a fuse for each of the 2 120 volt plugs, connectors that you can plug into the cigarette lighter or two alligator clips to attach directly to the battery. It has     worked flawlessly for us so far. 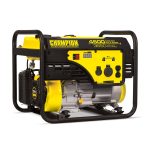 In Canada, we looked at many generators, but the price was cost prohibitive. While on our travels, we noticed that Champion Generators were on sale at TSC. We stopped at a local one and for $325 (USD), We were able to pick up one that generates 3650  watts and had a surge of 4500 watts. It even came with a 30 amp RV adaptor! Although it is a bit loud (68 dBA) at 23′, it will do the job for us.

We did a lot of research on Solar Power. Based on our research, we determined ‘cheap’ units were not going to cut it for us. We could not afford to be 100 miles from nowhere and find out we had a problem with our solar unit and end up with no battery power. Running the generator is not an option in some areas.

We were interested in the suitcase (portable) type of units and they had a few different units that put out different watts. Based on our discussion and the research we did, we decided on the ZAMP 120 Watt waterproof portable kit.

Joe talked us into an accessory and I’m glad he did. The unit comes with alligator clips to connect directly to the battery, but that means you have to take the battery case tops off every time you hook it up. For an extra $25 he installed a plug on one of our battery boxes that we simply plug a connector into. I know, probably a waste of money but we have enjoyed the convenience.

We highly recommend these guys, they know their stuff and  are not high pressured sales folks.